Every Monday, Chris Backer leaves his Sackville, N.S., home and heads to the north end of Halifax to give away bags of cannabis edibles.

He and his small band of volunteers at the East Coast Cannabis Substitution Program spend the week leading up to delivery day filling the bags with a constantly changing menu of items. 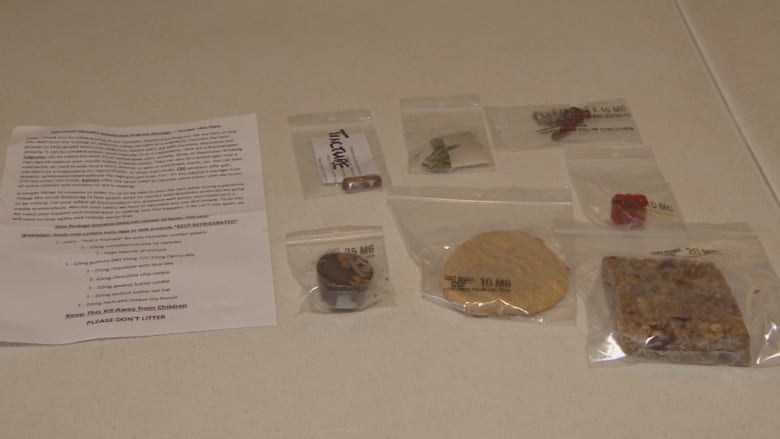 When CBC News visited him, the bags included a roll-it-yourself joint kit, capsules, a gummy, cookies, chocolate and even a meatloaf slider.

Backer and the other volunteers hope that having access to edibles will help get substance users off more dangerous drugs. “It’s breaking the cycle of addiction,” he said. “Cannabis has been documented to be very successful and is an adjunct to try to help beat addiction.”

However, Dr. Samuel Hickcox, the physician lead for addictions medicine at Nova Scotia Health, said there is no “high-quality scientific evidence” that supports the substitution program. He said while there is observational data that shows a decrease in the frequency of opioid injection in groups of people who smoke cannabis and inject opioids, there are no experimental studies showing a correlation.

Hickcox is concerned that people may be encouraged to stop using proven medications for opioid addiction treatment in favour of cannabis.

“That really worries me because we know that people who have an opioid addiction, if they are on medications like Suboxone or methadone, that their health will improve. They’re much less likely to have fatal overdoses,” he said. “If we take that away from people by offering an unproven alternative, we run the risk of actually causing more harm than benefit.” 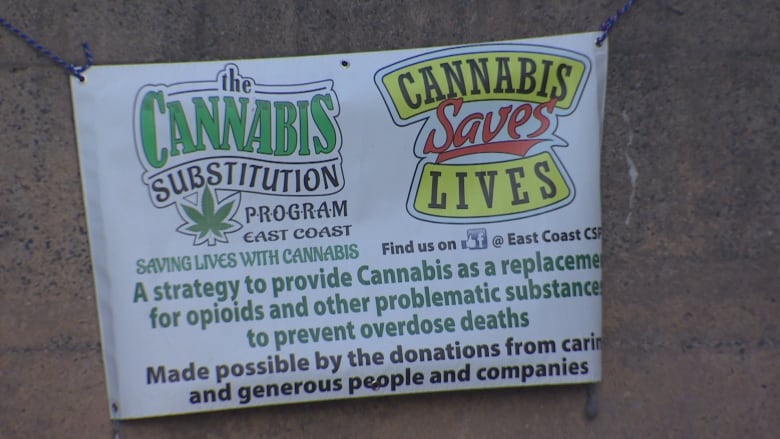 Backer, who has been a cannabis advocate for over a decade, was inspired to start the Halifax project after seeing the work of the Cannabis Substitution Project in B.C. He said he wanted to make a difference and help save lives.

The program has recently been registered as a not-for-profit society, and is staffed by volunteers with supplies paid for through donations. Backer said he’s unsure how much each bag is worth because most of the contents are donated.

He said many of the people volunteering their time and donating supplies and money have benefited from cannabis themselves and are just trying to help others. “A lot of us have come off of our own addiction because of cannabis. So it’s one of those things that if you know it works, how can you not help people with it?” he said.

Backer said not everyone receiving the packages is using it as a substitute for other substances — and that’s fine with him. “We know that it works for pain. And if I can make people’s lives a little bit better that way, too, I mean, I’m not averse to that,” he said.

200+ packages given out each Monday

Julien Carette has grappled with addiction most of his life and is currently on methadone.

He works with groups that help people who use drugs and tries to be outside the former St. Patrick’s-Alexandra School on Mondays whenever he can. Backer’s group distributes its packages outside the abandoned building, which is a short walk from a methadone clinic and needle exchange service. 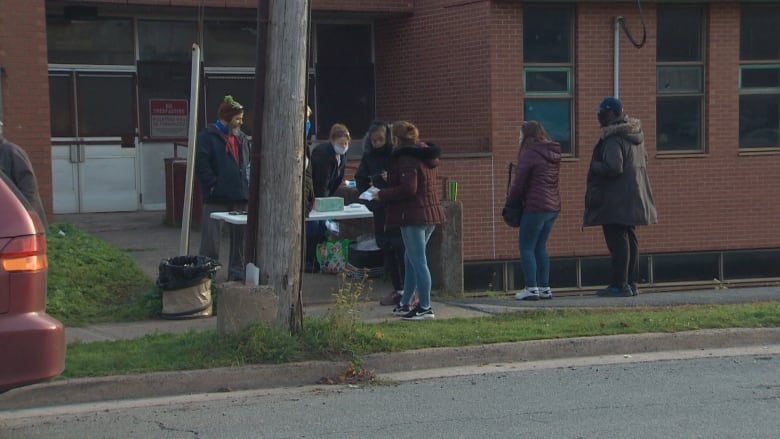 Carette said he is not using the edibles as a substitute, but rather to deal with the pain following two recent accidents. “Drugs aren’t too much of an issue for me as of late, which is a great thing,” he said. “I’ve been working and I’ve been on an upswing.”

Backer said the group is giving out over 200 packages every Monday, but he wishes they could offer the free edibles more than once a week because the need is there. “The kits, in my opinion, don’t last a week for most people,” he said. “But for a lot of people that are battling heavier addiction, I mean, stronger doses than what I’m providing would be better.”

It’s a belief shared by Carette, who thinks greater access to cannabis products would help free him from addiction. “If I had access to this every day, I would by all means use it every day,” he said.

With the Cannabis Act allowing for the possession and sharing of up to 30 grams of cannabis with adults, Backer said there is no legal impediment to him distributing the edibles for free. He said he has spoken to police and they understood he “wasn’t trying to cause a problem, just trying to help.”

Backer and the substitution program plan to continue distributing their bags of edibles throughout winter at the same location.

Hickcox said he is in favour of any program designed to help people, but hopes that people are mindful of potential dangers.  “I just would say that we just have to proceed cautiously,” he said. “We also have to recognize that consuming cannabis has certain risks associated with it.”