5 Ways You Didn’t Know Marijuana Can Affect Your Body

Cannabis can be a relaxing break at the end of the day, a hobby to share with friends, and a fun and hilarious way to make movies, music, and TV shows a lot more enjoyable. But with hundreds of active compounds in marijuana, there is no shortage of effects it can have on the human body, including some that aren’t obvious.

The effects of cannabis have a lot to do with the endocannabinoid system (ECS), which exists in all vertebrates and which plays a key role in regulating all types of crucial functions such as sleep, pain, and appetite.

Our bodies produce their own cannabinoids, but the ECS can be stimulated by at least some of the more than 140 cannabinoids found in cannabis (“phytocannabinoids”) — like THC — producing the plant’s effects on the human body.

Let’s take a look at some of these lesser known effects.

1. There’s a correlation between cannabis and lower weight

The stereotype of the stoner anchored to the couch, feeling the “munchies” and devouring bags of chips is for many people the image of cannabis. Research has shown however, that while cannabis does boost your appetite, it may actually have a correlation to lower body weight.

Some animal based studies suggest that THCV, a minor cannabinoid that can be found in varying concentrations in different cannabis cultivars, “can suppress food consumption and body weight”.

And while further research has confirmed that obesity rates are higher in people who don’t use cannabis, there may also be a simpler, anecdotal explanations to bolster these assertions about cannabis and weight loss: Cannabis can be relaxing and therapeutic, and stress can be a strong cause of over-eating (as anyone who has put on weight recently during the lockdowns can tell you).

2. It can help PTSD — by overwriting traumatic memories?

Post-Traumatic Stress Disorder is a qualifying condition for medical marijuana in many states and research has shown cannabis has the ability to reduce PTSD symptoms and improve sleep quality in patients. But what may be more interesting is one of the reasons for why cannabis can be effective against PTSD. Scientists found that one of the main receptors that cannabis interacts with, the CB1 receptor, is responsible for extinction learning. This process allows new information to overwrite old memories — including traumatic ones.

According to a theory by Yale Associate Professor of Psychiatry R. Andrew Sewell, stimulating CB1 receptors with cannabinoids could alleviate PTSD symptoms and possibly cure the condition by allowing extinction learning to take place — overwriting traumatic memories. Prior to his death in 2013, Sewell had launched a study to examine how the administration of cannabis can help veterans undergo “exposure therapy,” during which they revisit their trauma repeatedly until it is no longer debilitating.

A simpler explanation for how cannabis can help with PTSD is simply the fact that it can help improve sleep quality.

3. It can both lower and raise anxiety

With its relaxing effects, cannabis is very frequently used to ease stress and anxiety. One study from 2015 found that the endocannabinoid system “seems to determine the value of fear-evoking stimuli and to tune appropriate behavioural responses.” 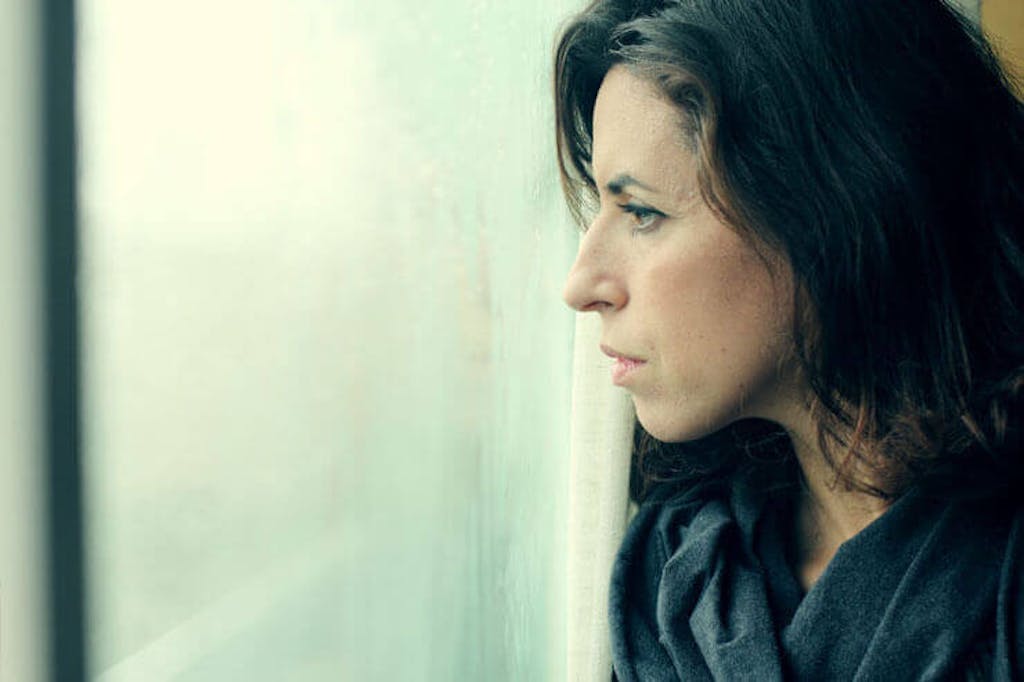 A later study carried out in 2017 asserted that chronic cannabis use “is associated with blunted stress reactivity,” and can lessen how people react to stressful stimuli.

But you can’t talk about the effects of cannabis on stress and anxiety without discussing its “biphasic effect” — that is, cannabis can have a different and even opposite effects with smaller or larger doses.

Cannabis, especially in larger or more potent doses, can spark anxiety, panic, and paranoia in users. People who are prone to anxiety may prefer to start off with a small dose, or to “microdose” cannabis until they see how their body responds.

Another factor that might influence the anxiety reducing effects of cannabis is terpenes. Cannabis is more than just THC and CBD — there are hundreds of other compounds with different effects. Some terpenes such as myrcene, alpha-pinene, limonene and linalool have shown anxiety reducing properties, which suggests that cannabis varieties with higher concentrations of these terpenes might be more effective for treating anxiety than others.

You likely have never heard of this condition, but cannabinoid hyperemesis syndrome (CHS) is a rare and serious side effect of chronic cannabis use that causes repeated, severe instances of vomiting, nausea, and abdominal pain that can last for days. 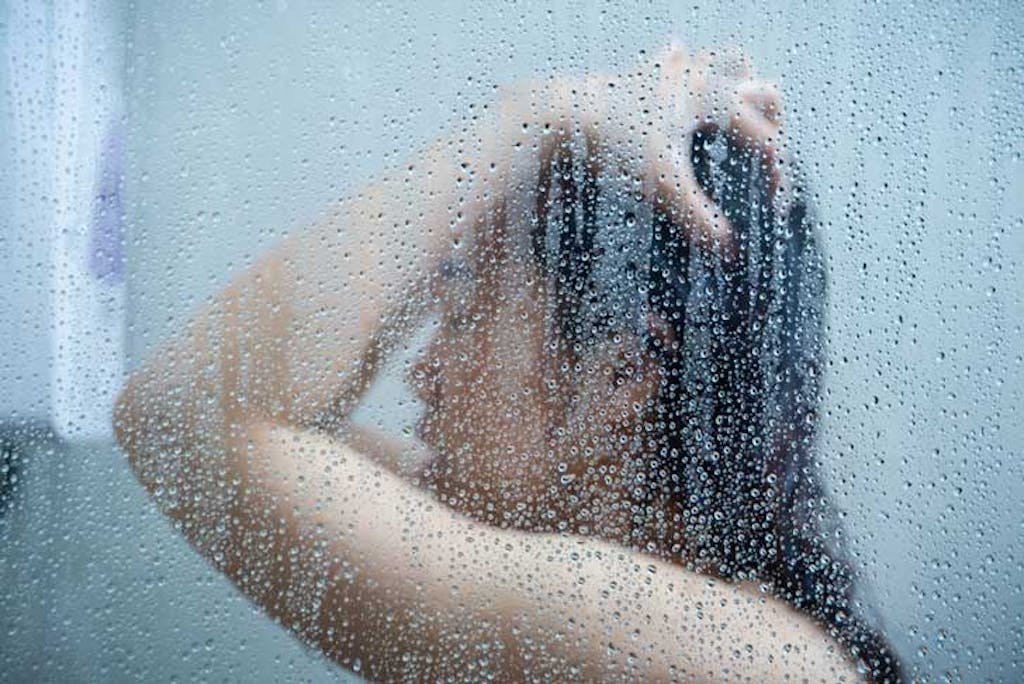 Before being diagnosed, patients are typically able to temporarily relieve the symptoms by taking a hot shower — sometimes for hours on end. The only known way to treat CHS, however, is to stop using cannabis.

The condition seemingly runs counter to the strong antiemetic (anti-nausea) properties of cannabis. In fact, many patients actually increase their cannabis use before they are diagnosed, because they believe it will help ease their nausea.

Although it is not known exactly what causes cannabinoid hyperemesis syndrome, one theory posits that stimulating the CB1 receptor can cause negative effects on the gut, such as delayed gastric emptying and altered intestinal motility, but that most of the time the antiemetic properties are more powerful.

Many people who have taken a break from cannabis notice very quickly that they suddenly start dreaming more, or at least they find they remember their dreams much more than before. The dream-suppressing effects of cannabis can mean bizarre, vivid or very lucid dreams — or even nightmares — if one stops using it suddenly.

This is also one reason that cannabis can help people suffering from PTSD — by suppressing the nightmares that keep them from getting a decent night sleep.

A 2008 study found that “smoked marijuana and oral Delta-9-tetrahydrocannabinol (THC) reduce REM sleep.” At the same time, that study stated that “difficulty sleeping and strange dreams” are among the most consistently reported symptoms of acute and subacute cannabis withdrawal.”

Ultimately, while the suppression of dreams can inhibit the brain’s ability to clean out “toxic byproducts,” cannabis is a highly-effective sleep aid and can help people suffering from insomnia and nightmares to get the rest they need.

From the munchies to red eyes, a dry mouth and a tendency to laugh at things that objectively perhaps aren’t that funny, cannabis has many effects that are common knowledge. But the plant actually has a far broader range of potential benefits — and side effects — and as research continues into what makes cannabis work, we’ll get an even richer concept of how and when to use it.

Article by Ben Hartman from Cannigma.