Hemp and The Endocannabinoid System

How The Body Stays In Balance

The rise in popularity of hemp products has led to many questions about what they can do and how they work in the body. In order to find the answers, scientists are exploring the biological network that hemp products act on: the endocannabinoid system (ECS).

Before you invest in a hemp extract to see how it may affect you, use this guide to get up to speed on what the ECS is and does.

What Is The Endocannabinoid System?

The ECS is the network of endocannabinoids, receptors, and enzymes that help to control a wide variety of health factors, ranging from appetite and metabolism to mood and stress. In short, the ECS works to maintain homeostasis—the body’s status quo—by keeping your internal environment stable, regardless of what’s happening to the body externally.

But let’s back up a minute. Cannabis is a genus of plants that includes hemp (Cannabis sativa). Compounds drawn from these plants are called phytocannabinoids; synthetic versions are also available, and the catch-all term for all Cannabis-derived and imitating compounds is “cannabinoids.” There are more than 100 different kinds of phytocannabinoids that scientists know of.

Some strains of hemp can be rich in the psychoactive phytocannabinoid THC, such as marijuana, but others are not, and are grown for many other commercial purposes. CBD, for example, is another phytocannabinoid you may be familiar with, and it’s not inherently psychoactive (see more on this under What Is CBD? below).

Stay with us here…

The endocannabinoid system gets a bad rap from certain critics who think it implies drug use simply because of the name cannabinoid. But the truth is, researchers found cannabinoids in marijuana plants before they discovered them in the body, so the cannabinoid name and association with drugs carries over from that—not because endocannabinoids have any inherent psychoactive properties. Cannabinoids were discovered in the 1960s, while the ECS was found in the mid-1990s.

When most people (ahem, maybe you too) hear “cannabinoid,” they think “cannabis,” “weed,” or “pot.” That kind of hemp may help you get “baked,” “stoned,” or “high,” but that’s NOT what endocannabinoids do. Ironically, they’re used to keep you feeling normal (i.e., homeostasis).

So the ECS is made up of endocannabinoids, the receptors that bind with them, and enzymes that break them (and other cannabinoids) down. All together, the system acts like a supercomputer that monitors the factory that is your body. For instance, if your body temperature gets too high, or too low, the ECS will kick in to help it return to 98.6 degrees Fahrenheit. If your hormones get out of whack due to stress, lack of sleep, or something you ate, the ECS will guide them back to normal levels.

Another way to think about it is that the ECS works to restrain excessive signals from the brain that do your body more harm than good. You see, while your body always craves homeostasis, it tends to overreact. For example, an inflammatory response is basically a good thing because it helps the body heal from whatever harm has been done to it, but too much inflammation is a condition all its own. The ECS tries to stop your body from going overboard in its own efforts to protect you.

“A healthy functioning ECS reacts quickly to more acute stressors like fear or anxiety,” says Shannon Ehrhardt, R.D., a Sports Dietitian with EXOS, an industry leader in athletic performance and corporate wellness services. “It regulates the reaction to these more negative stimuli.”

To support normal ECS functioning, you simply need to live a healthy life. Exercise, maintain a healthy body weight, manage stress, and avoid exposure to toxins. “Diets that generally help to eliminate inflammation in the body can help maintain a healthy ECS as well,” says Ehrhardt. Supplements that act on the ECS receptors may also be helpful. 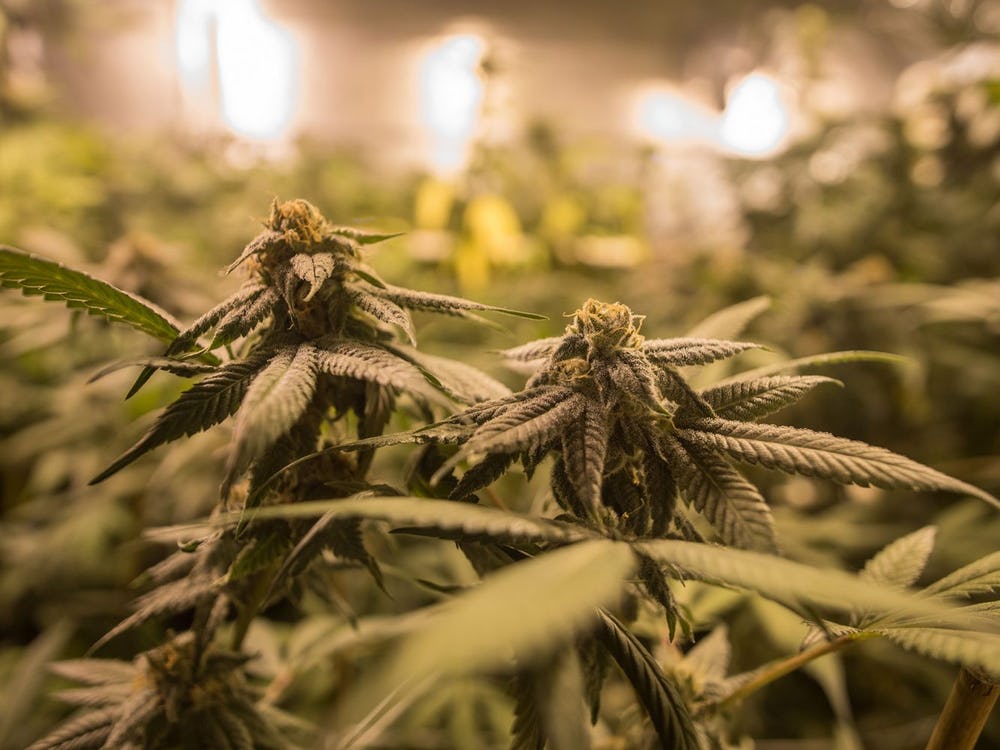 Endocannabinoids are the cannabinoid-like compounds that your body makes on its own. There are two types you should know. One is anandamide, and the other is 2-ArachidonoylGlycerol, which we can mercifully abbreviate as 2-AG.

Anandamide affects hunger, mood, memory, and aspects of pregnancy, to name just a few functions. 2-AG impacts emotional states, and helps maintain the muscular and cardiovascular systems. Incidentally, the high you get from an orgasm comes (pardon the pun) from a rush of 2-AG.

Both endocannabinoids are made from fat. Interestingly, science has shown that increasing your intake of omega-3 fats, specifically, may help your body make more endocannabinoids.

What Are the Cannabinoid Receptors?

Cannabinoid receptors lie on cell membranes and receive the cannabinoids/endocannabinoids. There are two main types of cannabinoid receptors that scientists are aware of: CB1 and CB2. CB1 receptors are found primarily in the brain and nerves of the spinal cord, and they help to moderate memory, mood, perceptions of pain, and motor functions. CB1s are also what allow for the psychoactive effects of THC when it binds to them. CB2 receptors abound in the immune system, and also exist in the digestive system and the extremities. They help control inflammation.

Any hemp product you use to help with issues that result from an overactive immune response would work via the CB2 receptors.

What are the ECS Enzymes?

Once the cannabinoids and their receptors have worked together to restore homeostasis, the ECS releases enzymes that break down the cannabinoids, stopping them so that they don’t go too far in their job and disrupt homeostasis again. For example, a cannabinoid that has a calming effect when bound to a CB2 receptor might make you go to sleep if it went unchecked, so the ECS’ enzymes kill it off before it can chill you out too much.

These enzymes include FAAH, which breaks down anandamide, and MAGL, which works on 2-AG. It is believed that 20% of adults have a genetic variation that hinders their release of FAAH, and, as a study in Nature Communications suggests, they tend to feel less anxious as a result. (Without the enzyme that stops anandamide, your ECS will produce excess amounts and result in greater calmness than would be considered normal in homeostasis.) 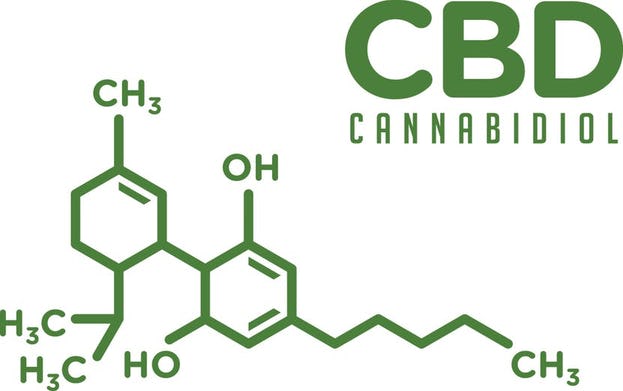 Cannabidiol (CBD) is probably the most popular cannabinoid product that is commercially available. It’s also the most abundant non-psychotropic, plant-derived cannabinoid, and the most heavily researched. It can come from the marijuana plant but doesn’t have to, and that’s why it’s legal for sale and use in many states (but not all). Some CBD oils contain THC, but most don’t have significant amounts. Nevertheless, athletes, in particular, taking CBD supplements should be careful to use products that are certified as THC-free, to avoid any buildup of THC in their systems that could have adverse effects, or cause a positive result on a drug test.

“In 2018, WADA [the World Anti-Doping Agency] removed CBD from its banned substance list,” says Ehrhardt, “but if athletes choose to use CBD, it is still ‘at their own risk.’ It is important to do research and stick to products that are derived from hemp and are certified THC-free to reduce the risk of a positive drug test as much as possible. Synthetic cannabinoids and those sourced from marijuana are still prohibited.”

While most cannabinoids can bind to both CB1 and CB2 receptors, CBD doesn’t directly act on either. Rather, it changes the receptors’ ability to bind to cannabinoids. This can influence the way the ECS works. CBD can also inhibit the enzymes that prevent other cannabinoids from working to maximum effect.

As stated above, endocannabinoids are synthesized from fats in the body. This also means that cannabinoids of any kind need to be absorbed by fat in order to move through the body and reach the receptors. This is one reason that CBD, and other hemp products, are often sold with a carrier oil, such as hemp seed or coconut.

Article by Shannon Ehrhardt, this article has been vetted by the Onnit Advisory Board. Read more about their editorial process.