Is CBG the Next CBD?

CBG vs. CBD: Everything You Need to Know

The popular debate between CBG vs. CBD has become popular among customers. As CBD gains more prominence in the medical world, researchers are gradually developing an interest in the chemical properties, functions, and influence of other cannabinoids such as CBG, CBC, CBE, and many more.

The cannabis plant contains not less than 144 different cannabinoids. Though most of these cannabinoids might not make it to the end product, cannabidiol is always accompanied by cannabigerol in most full-spectrum CBD products. Hence, it is natural to be curious about the similarities and differences between CBD and CBG.

Like CBD, CBG is a non-psychoactive cannabinoid. It won’t get you high when imbibed. It reduces the intoxicating effect of THC. 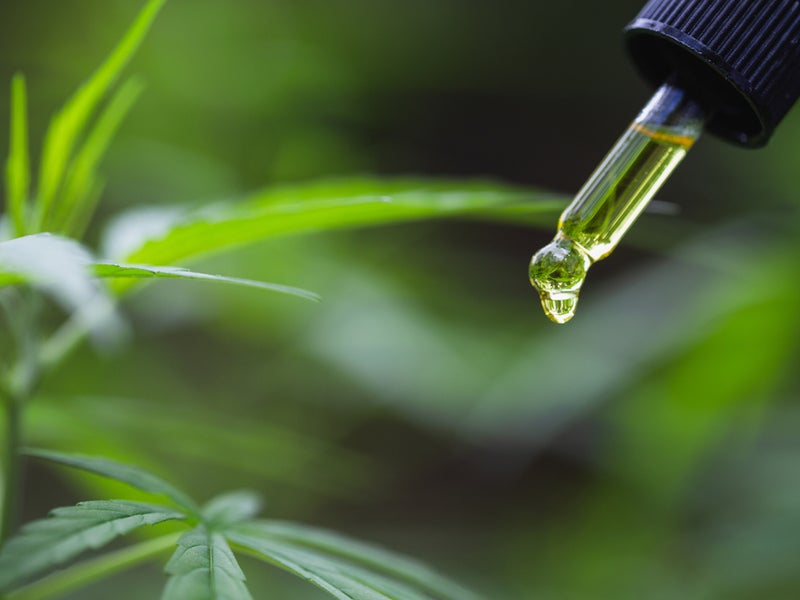 CBGA can be found in large amounts at the hemp plant’s juvenile phase, but the CBD compounds reduce as the plant matures. A fully mature hemp plant contains 1% cannabigerol.

After a series of enzyme-induced reactions, olivetolic acid is converted into cannabigerolic acid, the mother cannabinoid.

Unlike cannabigerol, cannabidiol accounts for 40% of the hemp plant’s extract. CBD recently became popular when it was legalized in the US and other western countries. However, it has been discovered since 1940.

CBG vs. CBD can reduce the negative effects of THC, especially intoxication and sedation. Research has not shown that cannabidiol is more effective than cannabigerol in the fight against THC’s intoxicating effects. However, high doses of cannabinoids have been reported to reduce the psychoactive effects of tetrahydrocannabinol. 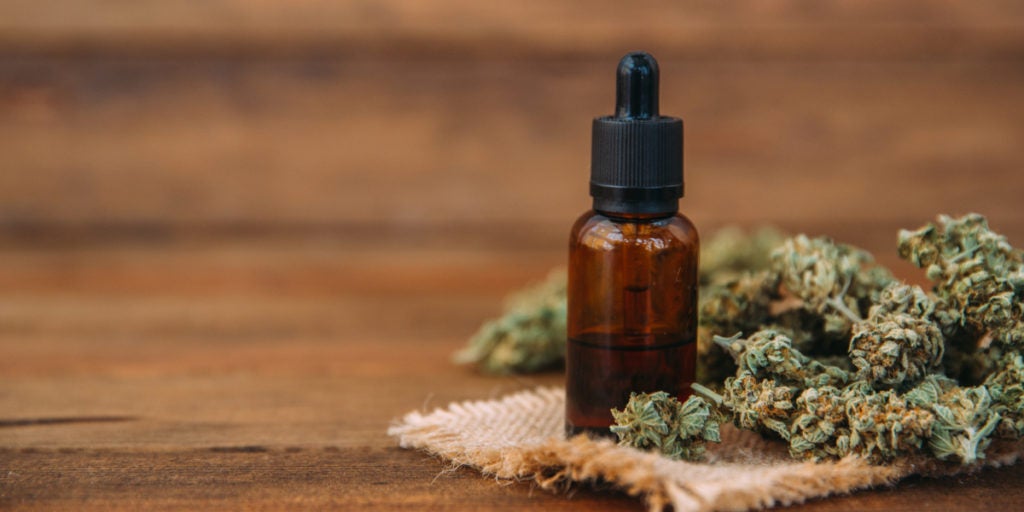 CBD functions by interacting with the endocannabinoid system (ECS) present in the human body. Cannabinoid molecules have an affinity for our CB2 cannabinoid receptors. The CB2 receptors extend to the peripheral nervous system, regulating physiological functions associated with the immune system, muscular system, cutaneous tissues, and several other organ systems.

CBD also interacts with chemical substances such as clobazam and THC. When used with clobazam, CBD can impede drug metabolism. CBD was reported to inhibit THC clearance and its hydroxylation to 11-OH-THC.

Hence, it is important to know your CBD source before purchasing (if you live in states where marijuana is prohibited).

Similarities between CBG and CBD

We’ve mentioned several similarities between both cannabinoid compounds, but a recap doesn’t hurt.
Unlike THC, CBD and CBG do not make people high. They can also inhibit the intoxicating and sedating mechanisms when used with tetrahydrocannabinol. 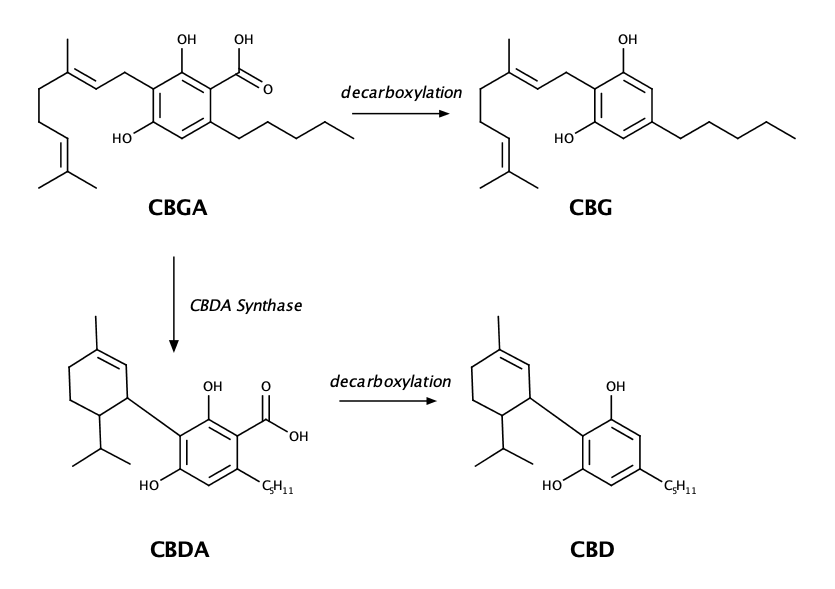 Like over 120 other identified phytocannabinoids, CBD and CBG can be obtained from the hemp plant and the marijuana plant.
Both compounds have pharmacological benefits.

They work hand in hand to create the entourage effect in full-spectrum CBD products. CBD can be used for pain, anxiety, epilepsy, and countless other medical conditions.

Differences between CBG and CBD

We have gone through the similarities between both cannabinoids. Let’s explore the differences between the mother cannabinoid, aka CBG, and the major component of medical marijuana, aka CBD.

CBD molecules have a high affinity for the CB2 receptors of the endocannabinoid system, which are linked to the peripheral nervous system. On the other hand, CBG can attach itself to both CB1 receptors and CB2 receptors.

Despite the low-affinity CBD has for both receptors, it can still function as a CB1-CB2 antagonist. For those who don’t know, an antagonist inhibits the action of an agonist.

On the other hand, an agonist is a biochemical that can attach itself to a receptor and cause the receptor to make a biological response. In contrast, a reverse agonist produces an action opposite to that of the agonist.

Unlike the CB1 receptors, CB2 receptors are associated with the central nervous system, consisting of the brain and spinal cord.
Researchers have not published any facts as to the edge CBD has over CBG as a result of its ability to interact with both receptors (CB1 and CB2).

CBD has many pharmacological effects, including PPARG agonism, hindrance of voltage-gated positive ion channels, and calcium release within cells.

The aforementioned pharmacological effects of CBD  are just a few of its many biochemical functions.
On the other hand, CBG vs. CBD is an alpha2-adrenoreceptor agonist, CB1 antagonist, and moderate 5HT1A receptor agonist.

There is little to know about CBG. However, research is ongoing, and hopefully, more pharmacological effects of cannabigerol will be unveiled soon.

Unlike CBD, CBG is extracted via chromatography’s separation process, which involves superfluid solvents like liquid CO2 and ethanol/alcohol. On dissolving hemp in the solution, the cannabinoids and terpenes diffuse out of the plant.

The solution is heated in a vacuum, the gaseous components are expunged, and the solution is filled with cannabinoids and terpenes, separated using chromatographic filters. After extraction, the cannabigerol is stored at room temperature and in the absence of direct sunlight.

Hemp extract contains 40% CBD molecules and 1% CBD. The only way to get CBD in a high percentage is by cultivating the hemp plant at the juvenile stage when it still has a lot of cannabigerolic acids. 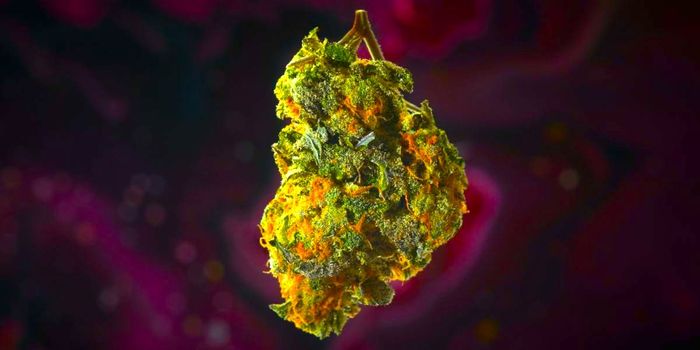 The scarcity of CBG vs. CBD might be part of the reason the research is slow. As a result of its scarcity, it is costly to get.
Researchers are working on CBG-dominant hemp strains. Such hemp strains include White CBG flower, Sour G CBG flower, Secret Nature’s CBG flower, etc.

The White CBG flower by Botany Farms is a CBG flower with 18.5% CBG and less than 0.3% THC. The strain is a hybrid breed with a unique spicy smell.

Secret Nature’s CBG flower is a Sativa-dominant strain that is notable for its high quality. It contains 15.4% CBG content.

Conversion into other cannabinoids

The conversion of CBGA to other cannabinoids is the major reason CBG vs. CBD makes up 1% of the hemp plant extract.

Which provides the best benefits?

Researchers have attested to the anti-psychoactive tendencies of both CBD and CBG. In a few cases, CBG has shown its ability to subdue the negative effects of consuming high amounts of THC.

The scarcity of CBG has been a significant setback in the exploration of its benefits. As of now, CBD has more published and tested benefits than CBG.

Both cannabinoids offer great benefits individually. However, when used together, they work as one and enhance each other’s benefits. They create the entourage effect, which is association with broad or full-spectrum cannabidiol products. The full spectrum products contain CBD and other cannabinoids in minute proportions majorly.

CBG vs. CBD for Stress

Stress is one of the reasons people use cannabidiol. Cannabidiol has stress-relieving properties. It reduces the effects of stress by dilating the blood vessels and lowering blood pressure.

In a study conducted on the effects of cannabidiol on stress, researchers found out that CBD and THC reduce nervousness linked with public speaking. But THC is not of FDA approval.

CBG vs. CBD for Sleep

Not getting proper sleep is a serious medical condition; therefore, it can be treated as such. As human beings, we need sleep to function well. Cannabidiol is often touting as a potent drug for sleep and a better alternative to traditional drugs. Traditional medicines come with side effects, while cannabidiol has no side effects.

Cannabidiol induces relaxation and calmness without the high that comes with THC products. CBD interacts with your body receptors to create melatonin, a sleep hormone.

Currently, we don’t know if cannabigerol is effective for treating sleeping disorders. However, we cannot deny that its combination with cannabidiol works faster and better.

CBG vs. CBD for Pain

A consumer report revealed that about 40% of people who used cannabidiol for pain testified its effectiveness. Recall that we mentioned earlier that cannabidiol interacts with CB2 receptors, a link to the peripheral nervous system that controls our muscles and joints.

Cannabidiol may be an effective pain-reliever. It may work for chronic pain, arthritis, pain, cancer pain, etc. CBD topicals and edibles have the same effects on joint pain, but some administration routes are faster than others.

Research has shown that cannabigerol is effective in the treatment of soreness and inflammatory bowel disease.