Can Cannabis Affect the Overall Health of Your Sperm?

In Short, Yes — Cannabis Use Does Seem to Affect the Overall Health of Sperm.

Although more research on cannabis and sperm health is needed, it seems that using cannabis frequently can decrease the health of your sperm, making you less fertile.

What do we know about its impact on sperm count?

Studies have suggested that cannabis use decreases sperm count. 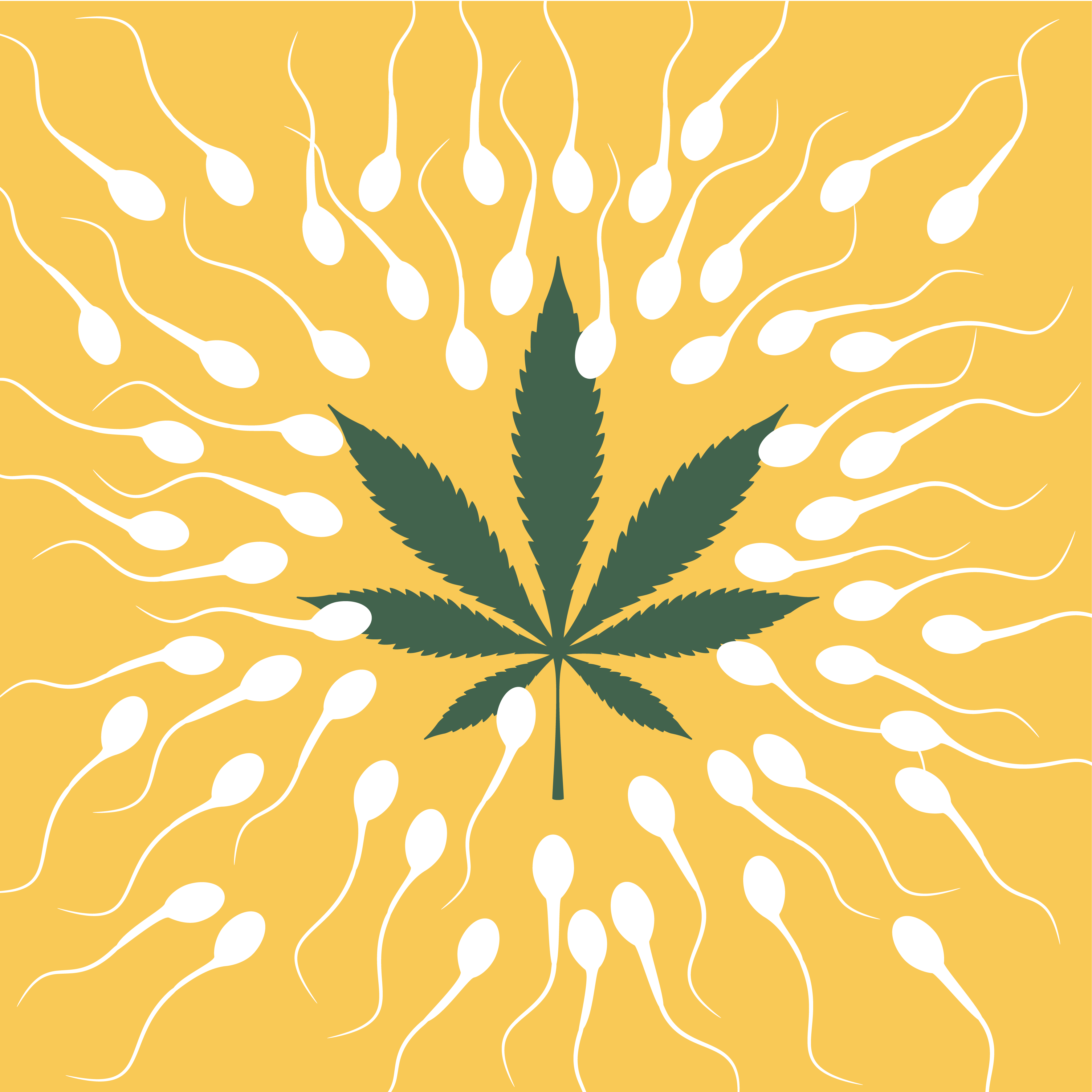 One 2015 study looked at 1,215 young Danish people with penises aged between 18 and 28 years. It found that regular cannabis smoking — defined as more than once a week — was associated with 28 percent lower sperm concentration and a 29 percent lower total sperm count.

Those who used cannabis more than once a week alongside other recreational substances had a 52 percent lower sperm concentration and 55 percent lower total sperm count.

Another study, which was published in 2019, showed the opposite. Looking at 662 penis-having folks who attended a fertility center, researchers found that people who had smoked cannabis in the past had a higher sperm concentration than those who had never smoked cannabis.

As the researchers pointed out, this contradicts most of the studies on fertility and cannabis, most of which suggest that cannabis decreases sperm count.

However, this study had a relatively small sample size. It was also biased from the general population as it included people who went to a fertility center. It also relied on self-reporting. It’s possible that some lied about their cannabis usage.

What this suggests is that we need to study cannabis and sperm count further.

What do we know about its impact on sperm size and shape?

The morphology of a sperm cell refers to its size and shape.

The “tadpole” shape of sperm, which includes a round head and a tail, enables it to travel to the egg and dissolve on the egg to fertilize it. Abnormal morphology of sperm cells can make it difficult for pregnancy to take place.

A 2019 research review looked at 48 different studies relating to cannabis and fertility. It noted that some studies — both in animal models and in humans — suggest that cannabis can cause abnormal morphology in sperm, which can in turn affect fertility.

What do we know about its impact on sperm motility?

Sperm motility is the ability of the sperm to “swim.” For fertilization to actually take place, sperm needs to be able to move to the egg, which is why motility is important.

The 2019 review mentioned above found that there’s an “extensive body of evidence” that suggests cannabis harms sperm motility. In other words, using cannabis seems to reduce sperm cells’ ability to move.

However, these findings need to be tested in humans before we know for sure.

What do we know about its impact on the genetic makeup of sperm?

Cannabis might affect the genetic makeup of sperm, although there aren’t enough studies to verify this.

A Duke University study published in 2019 looked at experiments with rats and a study that included 24 people with penises. It found that THC alters a process called DNA methylation. The researchers concluded that this could possibly cause autism.

What does this mean for your overall fertility?

In general, the research indicates that using cannabis often can decrease fertility.

As the 2019 reviewTrusted Source points out, further research is needed. But for now, people who are concerned about their fertility should consider cutting back on cannabis.

This doesn’t mean that regular cannabis users aren’t fertile at all. But if you’re concerned about your fertility, reducing your cannabis usage might be a good idea.

Is there anything you can do to promote sperm health?

If you use cannabis and would like to promote sperm health, there are a few things you can do.

First, try to use cannabis less often if possible. If you’re using cannabis for medical reasons, find out whether CBD is a viable alternative for you. To date, CBD hasn’t been associated with lower sperm count.

Second, there are a few lifestyle changes you can make to promote your sperm health in general. This includes:

If you’re concerned about your fertility, you can also talk to a doctor or other healthcare provider for more specific information.

At what point should you talk to a doctor?

If you and your partner are struggling to conceive, it’s a good idea to talk to a doctor.

Seek medical advice if 1 year of sex without a contraceptive hasn’t resulted in pregnancy. If your partner is over 35, see a doctor after 6 months.

If you regularly use cannabis, it might be a good idea to see a doctor before you start trying to conceive. Your provider can advise you on lifestyle changes you can make to promote fertility.

The available research suggests that cannabis can harm the overall health of sperm, which can reduce fertility levels.

If you’re worried about your fertility levels, speak to a healthcare provider.

Article by Sian Ferguson from Healthline.